* The content of this article is intended for a medical and veterinary audience due to graphic images of surgical procedures.

Complaint
The canine patient required a shoulder arthrodesis due to lameness from trauma induced osteoarthritis as a puppy.

Brief
The patients joint needed to be fused at 110 degrees of shoulder flexion.

The specification prescribed by the consultant surgeon clarified that two anatomical models were required. The first model to be printed directly from the original CT scan data so that they could rehearse the surgery on it.

For the second model they wanted the print of the limb at 110 degrees and within the osteotamies already performed, joint surfaces removed and bones reduced to pre-contour the plates pre-op to save surgical time.

To work alongside the anatomical models, they also requested two guides to aid the surgery. A cutting guide was designed to attach onto and span the scapula and humerus to allow osteotomy cuts to occur at the bottom of each of these bones to remove the joint surface so that they aligned perfectly with each other.

A repositioning guide was designed to aid the osteotomy cuts into their new 110 degree of shoulder flexion. The guide held the bones into its reduced position whilst they started to place the pre-contoured plates. 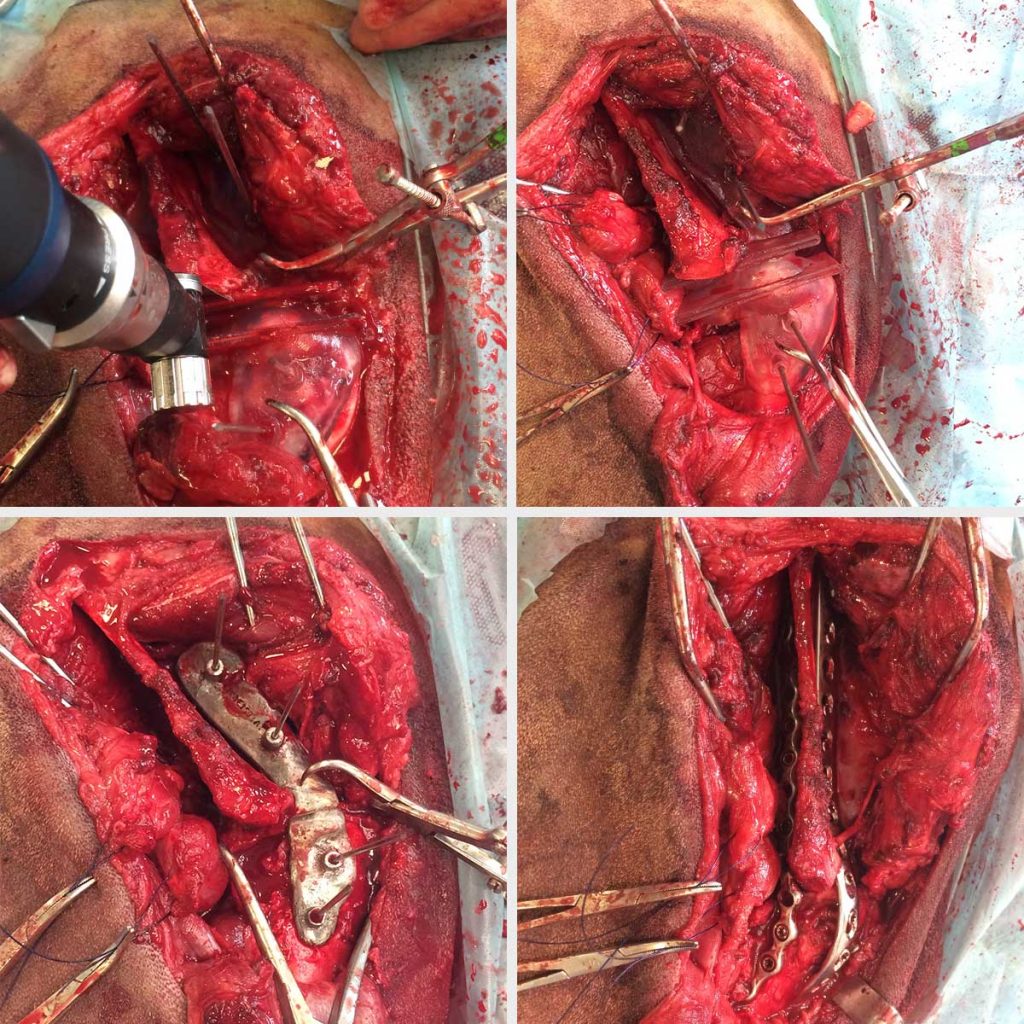 “The cutting guide worked really nicely, I’m really happy with the orientation of the osteotomies and the reduction of the bone prior to plating. On the craniocaudal radiograph the limb is also bullet straight which is what I wanted to achieve.”